SRG SSR is an association which comprises four regional companies with around 23,000 members. Membership is open to all those with an interest in the media.

Article 4 of the SRG SSR statutes outlines the responsibilities of the regional companies. The association strategy of 15 June 2021 puts this in concrete terms.

The Association SRG counts about 23 000 members 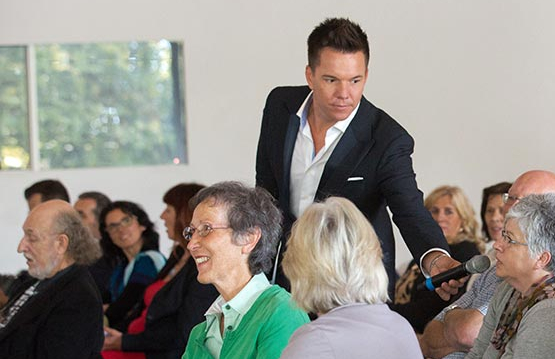 In every regional company, a public council guarantees the exchange between the public and those responsible for creating programmes. This is how the public council supports the programming of the SRG media house. An ombudsman’s office receives complaints concerning SRG content and draws up recommendations for the editorial teams from this.