Anyone residing in Switzerland who receives radio and television programmes is obligated to pay licence fees, by virtue of the Federal Act on Radio and Television (RTVA), regardless of which stations they watch or listen to or by which means they do this (antenna, cable, satellite, telephone, mobile, internet).

The only people exempt from the fees are AHV and IV entitled parties, who are in receipt of benefits according to the Federal Act on Benefits supplementary to the Old Age, Survivors' and Invalidity Insurance.

The government determines the figure to be paid in radio and television fees. Serafe AG ist responsible for the collection of the licence fee.

For the most part, the revenue generated through fees serves to finance SRG’s public service radio and television programmes. 34 private radio and television operators also receive a share to fulfil concessionary services. Some of the revenue is used to promote new technology and audience research. The revenue also covers the costs for spectrum management (Bakom) and the collection of licence fees (Serafe).

Since 1 January 2019, a new device-independent radio and tv fee is levied on households and companies. For households, the radio and tv contribution is 335 francs a year (since 2021). 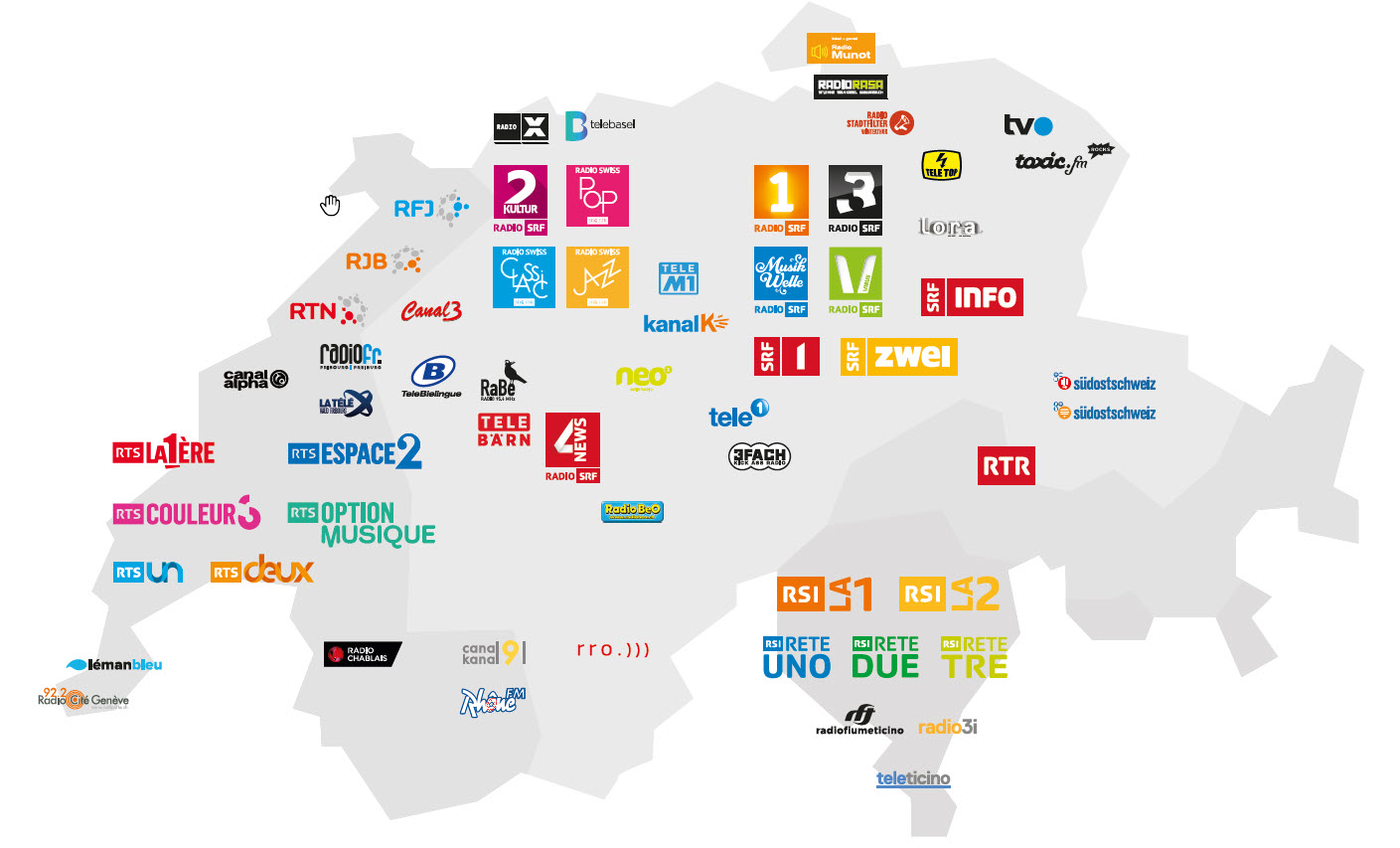