We let Swiss film take centre stage by serving as a media partner for film festivals and supporting numerous productions made either by us or in collaboration with other film-makers. Aside from the Federal Office of Culture, we are the most important patron of Swiss filmmaking.

We therefore make it possible to produce independent Swiss films which could not be financed through the market in a small country like Switzerland. Since 1996, we have been pooling our efforts with those of partners from the Swiss film industry under an agreement known as the “Pacte de l’audiovisuel”.

As part of its commitment to this pact, SRG contributes CHF 32.5 million each year towards the production of films for television and cinema. Of these funds, CHF 19.5 million is dedicated to television productions and multimedia projects, CHF 9 million to cinema projects and animated film and CHF 4 millions for "Succès Passage Antenne".

Under the Pacte de l’audiovisuel, we have invested CHF 400 million into domestic film production, resulting in the release of more than 3,000 films and 20 series and over 140 co-productions. 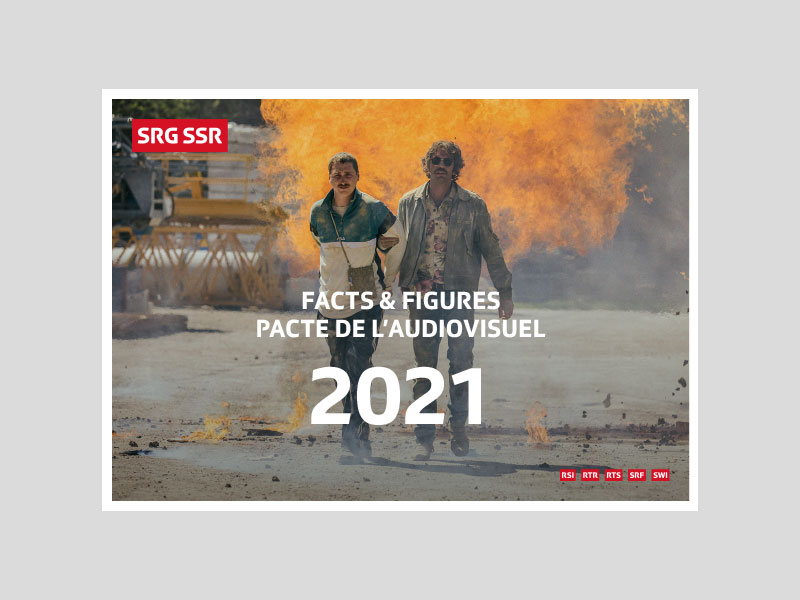 The award-winning, interactive web documentary "Nuclear Games" was written by the Zurich studio Docmine and the SRF "Sternstunde" editorial team. It depicts the history of nuclear power through a mixture of documentary and illustrated sequences.

As a user, you can scroll through the picturesquely animated, tragic chapters. From uranium mining, nuclear bomb testing and proliferation of nuclear weapons, to catastrophic accidents and the problem of nuclear waste disposal, five stories take you through five continents. This complex topic was made easily accessible by Patrick M. Müller and his 17-member team.

The same team also produced the project "Dada.Data" in 2017, which received the Grimme Online Award.

To apply for funding from the Pacte de l’audiovisuel, producers can submit their dossiers to the relevant editors at SRF, RTS, RSI or RTR. The editors put forward suitable projects to a national group of experts, who decide whether or not to grant funding.

Multimedia projects can also be submitted to the SRG’s General management.