The «Swiss Music Charter» is an agreement on working with the Swiss music industry.

With the charter, we commit to including a fair proportion of Swiss-produced music in our radio programmes. Swiss music is defined as recordings or live broadcasts with Swiss composers, performers or producers as well as recordings with significant Swiss participation. We usually exceed the benchmarks set annually by the partners for the presence of Swiss music (see table).

In order to promote Swiss music even in the face of changing media use, we are also transferring our efforts to television and online portals. The streaming platform Play Suisse, for example, features partnerships with the Montreux Jazz Festival and numerous concerts, as well as a dozen documentaries on Swiss music and a hundred recent recordings by Swiss artists and performers of all styles.

Concert and audio/video co-production recordings reached a peak in 2021: 613 recordings were made SRG-wide. More information about music in our annual report.

«SRG is a reliable partner for promoting Swiss music – not only as far as radio stations are concerned,
but also in terms of its entire range of programmes.» 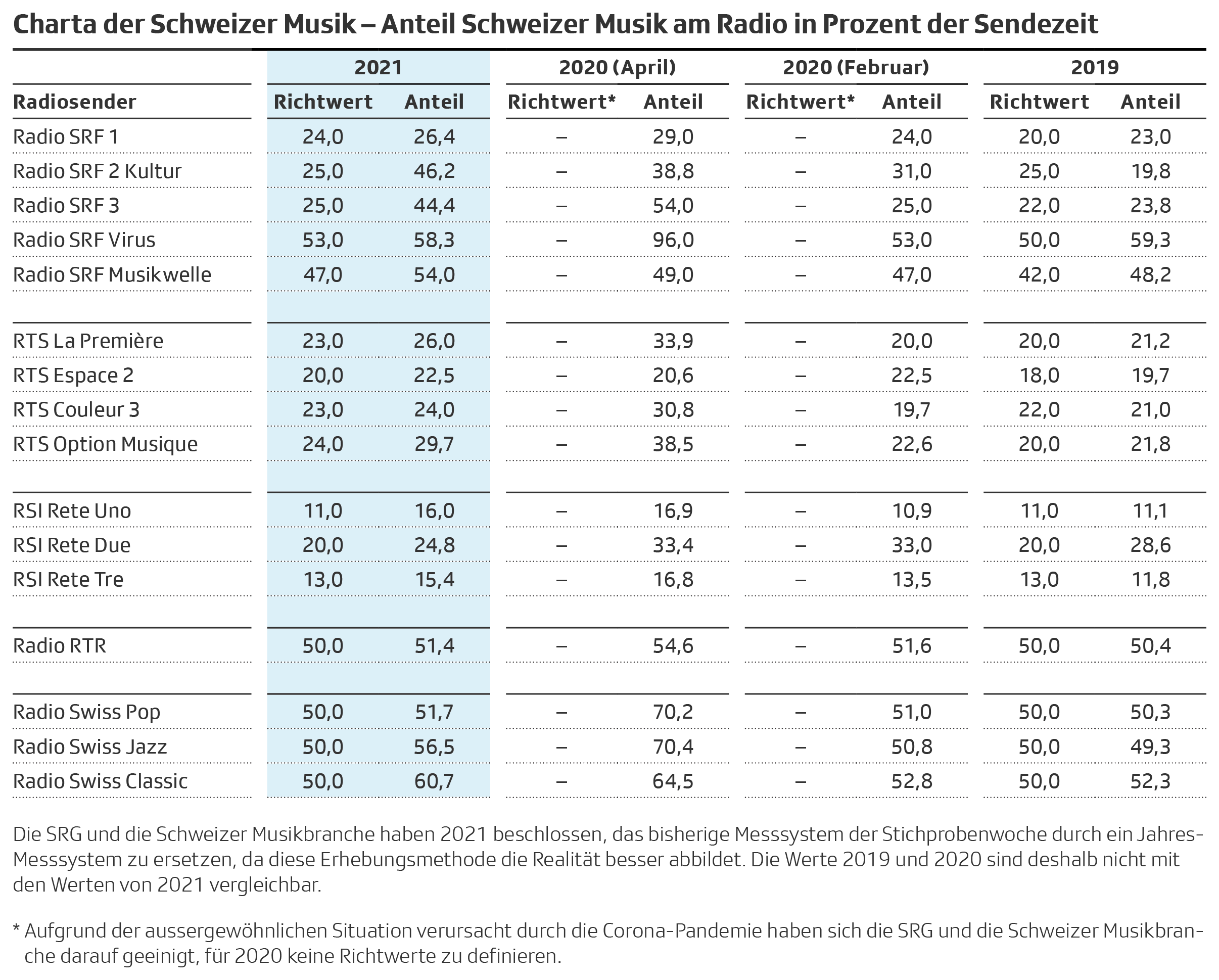