As a public media company, SRG stands for solidarity across the Swiss Confederation. We therefore guarantee the provision of audiovisual services in all parts of the Confederation and in all its national languages.

SRG is the only media company that produces audiovisual content in all four national regions and languages. Swiss values such as solidarity and federalism make this possible – it is upon these that our self-image is based and towards these that we focus our work. It is only thanks to the solidarity contribution of the German-speaking Swiss that SRG is able to offer the other language regions a diverse and high-quality radio, TV and web service on a daily basis. Of the 885 million francs that it collects, German-speaking Switzerland receives 525 million francs. The remaining 360 million francs are reallocated: with 115 million going to French-speaking Switzerland, 225 million to the Ticino, and 20 million to the Rhaeto-Romance-speaking region. SRG’s solidarity-based revenue sharing makes an important contribution to national cohesion, mutual understanding and communication between the Swiss language regions.

Sponsoring, programme and service incomes as well as the federal contribution for SWI swissinfo.ch are directly allocated to every enterprise unit. The funding allocation is defined for the entire SRG within the financial planning and budget processing and adopted by the SRG Board of Directors. It is based on the following elements: 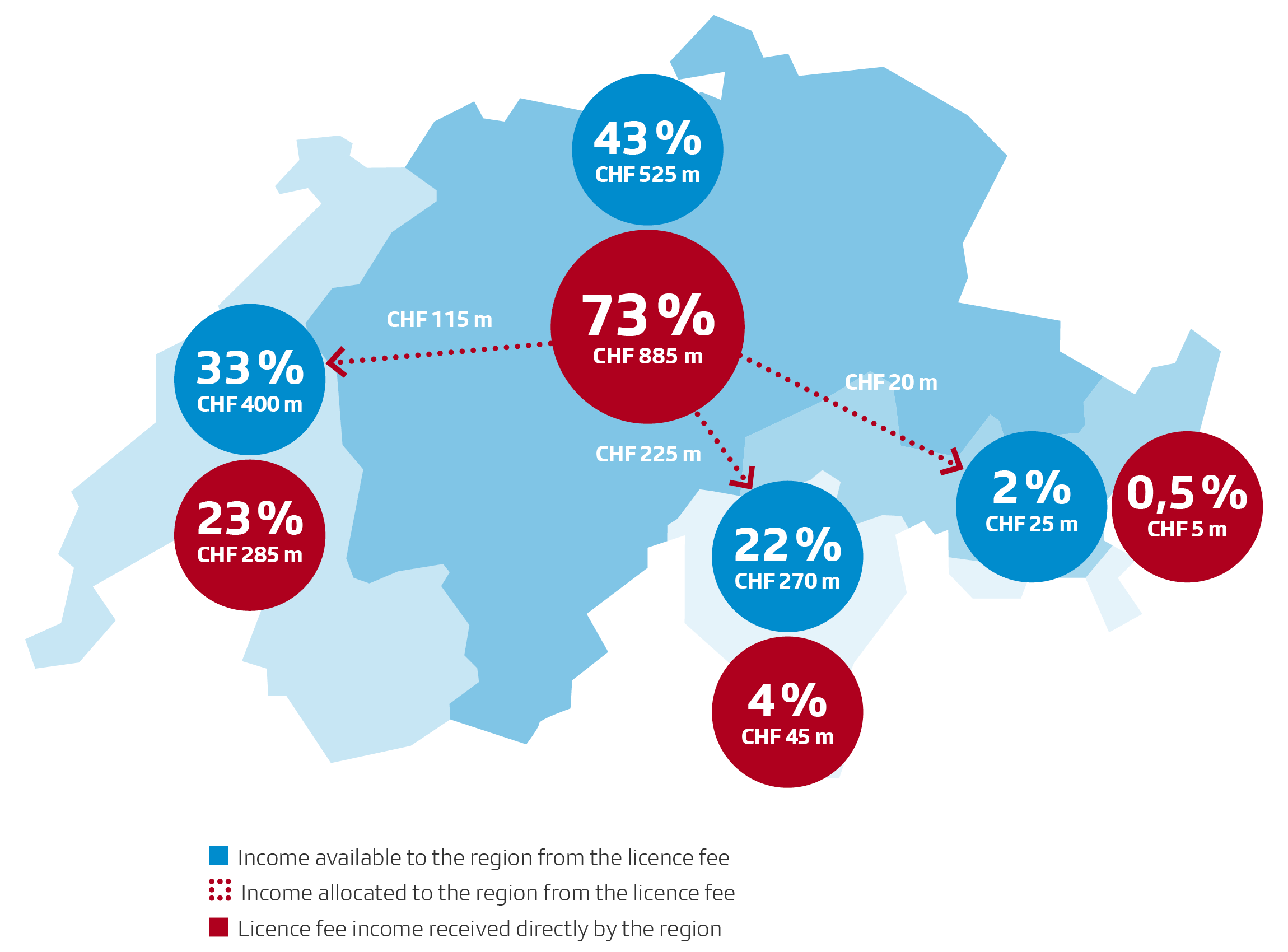